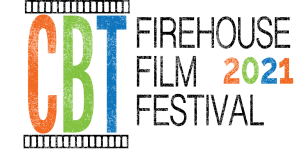 A very special thank you to our sponsors and partners in this event. Also, THANK YOU to the citizens of Cabot for supporting CFACs mission!

PREMIERING SEPTEMBER 16, 2021! CFAC is excited to announce and host Cabot’s FIRST film festival – the Firehouse Film Festival. A short film festival coordinated with Cabot City Beautiful’s already successful Food Truck Frenzy event, submitted films will be viewed and the filmmakers will be celebrated in the Old Downtown Firehouse in Cabot.

The Firehouse Film Festival will accept short films (less than 5 minutes) June 15, 2021 through September 1, 2021. The Firehouse Film Festival will be held on September 16, 2021. A panel of judges will award the following categories: Best Film, Best Director, Best Performance, Best Cinematography, and Best Editor. There will also be an Audience Choice award. The winner of each category will receive $250!

Entry fee for films is $20. After you complete the submission form below, you’ll receive an invoice within 48 hours. Payment of the $20 entry fee is due upon receipt.

The top films (this is a family event, so films selected for viewing will be chosen accordingly) will be selected and shown at 6pm on September 16 during Cabot City Beautiful’s Food Truck Frenzy event.

COMPETITION IS VOID WHERE PROHIBITED 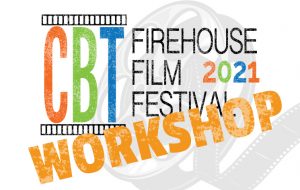 Open to ages 14+, the short film workshops will empower aspiring filmmakers to craft compelling and transcendent narratives that are sure to stand out in any film festival. Josh and Dylan will focus heavily on Narrative and Visual storytelling and how to produce films under extreme budget constraints. The course will also cover basic filmmaking techniques and how they are used to serve the filmmaker’s ultimate goal: moving the audience. The cost of the workshops is $150 and includes an entry into the festival.

About Dylan Treadwell: Dylan Treadwell is a local filmmaker, writer, story consultant, and speaker: he has worked with creative companies including Funny or Die, Gary Sanchez Productions, and Sideshow Media Group. He has lectured on storytelling, intellectual property, and the intersection of mythology and law at the Arkansas Arts Commission, Arkansas Small Business & Technology Development Center, the Innovation Hub, LSU-Shreveport, and Harding University. Ultimately, Dylan is a storyteller whose love of people, their cultures, and beliefs drives him toward a better understanding of what connects the human race- challenging him to discover and create transformative and cathartic experiences.

About Josh Hardin: Josh Hardin is an independent producer and screenwriter who has collaborated with filmmakers from across the country to produce narrative and documentary films in Arkansas. He has used his filmmaking skills to empower victims of sex trafficking, develop educational television in Haiti, and teach micro-budget filmmaking as a visiting lecturer at Harding University. Josh’s mission is to reveal humanity through the power of story – both in its collaborative creation and engagement – to inspire individuals toward a shared empathy and discovery of our inherent purpose. Currently, he is producing two feature films.